Media Plurality Series: Why is the EU not protecting plurality? – Mike Harris 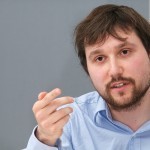 As part of our joint series on media plurality with the LSE Media Policy Project, Mike Harris, head of advocacy at Index on Censorship, argues that action is urgently needed to protect pluralism in Europe.

Currently the EU does not have the legal competence to act in this area [media plurality] as part of its normal business. In practice, our role involves naming and shaming countries ad hoc, as issues arise. I am quite willing to continue to exercise that political pressure on Member States that risk violating our common values. But there’s merit in a more principled way forward

Last week, Index on Censorship released its report ‘Time to step up: The EU and freedom of expression’ the first analysis of how the EU protects freedom of expression within the union but also externally in its near-neighbourhood and beyond. Attention was given to our call for the EU to do more to protect whistle-blowers after the failure of EU member states to give (or even consider to give) asylum to Edward Snowden, but the report also identified a number of significant challenges to media freedom within the European Union, in particular the growing problem of media ownership patterns that are reducing media plurality.

The media in the EU is more concentrated than the media in North America even after taking into account population, geographical size and income. In fact, by global standards, media concentration in the EU is high indeed. This would perhaps be acceptable if the EU was merely a trading bloc, but it is isn’t. As the report reiterates, the EU is a broader project with a clear aspiration to protect and defend human rights.

This is a legal pre-requisite of membership and as the Treaty of Lisbon has made the EU Charter of Fundamental Rights legally binding, now an on-going commitment by member states. Every European Union member state has ratified the European Convention on Human Rights (ECHR); the International Covenant on Civil and Political Rights (ICCPR) and has committed to the Universal Declaration of Human Rights. Media plurality is an area the report argues where the European Commission has competency. Yet, the commission has until now left the promotion of media plurality up to member states. Now that this approach has been found wanting, the Commission is and needs to rethink its approach.

Italy is the most egregious example of an EU member state failing to protect media plurality. The famous Italian “anomaly” had the country’s then prime minister Silvio Berlusconi exerting influence over the state broadcaster (which in turn was mandated by law to carry his political party’s views) alongside his personal ownership of the country’s largest television private television and advertising companies. The Gasperri Law of 2004 that was supposed to prevent media concentration may according to the OSCE have helped to preserve them.

While the European Parliament condemned Berlusconi’s personal influence over nearly 80% of the Italian television media, the Commission did not respond until July 2010 where it acted to remove restrictions placed on Sky Italia that prevented the satellite broadcaster from moving into terrestrial television.

Italy is not the only EU member state where media ownership patterns have undermined plurality. The Centre for Media Pluralism and Media Freedom demonstrated this year that strong media concentrations can be seen across the EU with large media groups holding ownership of a significant share of the domestic media in many member states. These media concentrations are significantly higher than the equivalent US figures.

Those who read their news in print in the UK, on average read 1.26 different newspapers; those who read newspapers online read 3.46 news websites. On the other hand, the convergence of TV stations, online portals and newspapers may produce even bigger media corporations[1]. New entrants to the market such as VICE Magazine and the Huffington Post have sold significant shares of their business to existing media corporations.

This process has not gone unnoticed by the Commission, with the independent High Level Group on Media Freedom and Pluralism calling for digital intermediaries, including app stores, news aggregators, search engines and social networks, to be included in assessments of media plurality. The Reuters Institute is also concerned and has called for digital intermediaries to be required to “guarantee that no news content or supplier will be blocked or refused access”.

In a number of areas, the Index report has found the EU’s member states to be failing in their duty to protect freedom of expression adequately. Media plurality is one such area where a clear commitment by member states has not been matched by action from either the states themselves, or the European Commission. With increasing digital and media convergence, the role of the Commission will be crucial for the protection of media plurality. Unless the Commission is ready and prepared to act this convergence could have a significant impact on the range of opinions and views that European citizens are exposed to, with a chilling effect on freedom of expression in Europe. Italy may not be the anomaly in the near-future.

1 comment for “Media Plurality Series: Why is the EU not protecting plurality? – Mike Harris”