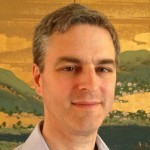 1 comment for “Media Plurality Series: The impact of a 20% ownership cap is not so ‘minor’ – Rob Kenny”