Rosemary Butler: Addressing the ‘Democratic Deficit’ and the media in Wales

As part of this research project on media power and plurality, we have been looking at media diversity in Wales and Scotland. This post, authored by the Presiding Officer of the National Assembly for Wales, Dame Rosemary Butler AM, discusses the ‘democratic deficit’ in Welsh news coverage. 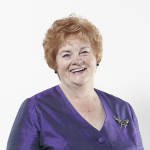 In October 2012 I gave a speech to the Royal Television Society’s annual lecture in Wales. In that speech, I first used the phrase “Democratic Deficit” to describe the gap in coverage that Welsh people face in the newspapers they read and the news programmes they watch.

By “Democratic Deficit” I mean who is relaying, or perhaps more importantly, who will be relaying the work of the National Assembly to the people of Wales in the future, and, of course, performing that crucial role of holding the decision-makers here in Cardiff Bay to account?

We have a UK Media, both broadcasters and print, which fails to report the huge differences in approach to public policy in devolved fields such as health and education. It means their substantial Welsh audiences often get information that does not apply to them.

Research by Professor Anthony King and Cardiff University’s School of Journalism highlighted the fact that some of our leading UK broadcasters often default to an Anglo-centric position.

A position which promotes policy issues affecting only England as though they apply to the whole of the UK.

Professor King’s original report was published in 2008, and at the RTS annual lecture in 2012 he noted that despite efforts by some broadcasters, the problem persists.

BBC Wales and ITV Wales do a great job in covering Welsh public life, but the fact remains that many people in Wales prefer to listen to, or view, network news platforms and programmes which ignore any Welsh perspective.

But in fairness to the BBC they are the least worst offender, particularly when you look at the record of the commercial broadcasters in terms of coverage of Wales and Welsh issues

And it is not just the broadcasters who are at fault!

Depending on which source you believe, between 600,000 and one million people in Wales read a UK newspaper every day, and that’s not to mention the numbers who access UK media websites and mobile apps. Again these organisations fail to portray the different policy approaches taking place in Wales

The problem is further compounded by the financial pressures on our indigenous Welsh national and regional press, which leaves many unable to resource comprehensive coverage of Assembly news.

Last year, the Assembly held a series of sessions to start a discussion about the issue and to possibly find solutions.

We had a fascinating discussion with a panel of leading UK Journalists including Kevin Maguire, Peter Riddell and Peter Knowles – which was chaired by former head of global news at the BBC, Richard Sambrook.

Another session was held with Wales’s local regional press and digital media platforms that perhaps offered more hope and scope for action.

As a result much of the Assembly’s current communications strategy is focused on what support can be provided to the emerging digital platforms in covering the work of the Assembly, as well as ensuring that we have engaging content on our own platforms.

This article gives the views of the author/s, and does not necessarily represent the position of the Media Power and Plurality Project. We welcome further views and contributions to the media plurality policy debate: please contact us if you would like to contribute.